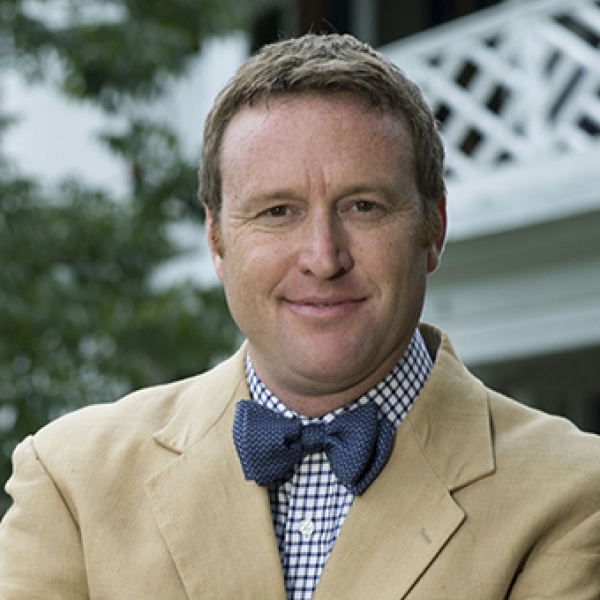 Louis P. Nelson, Vice Provost for Academic Outreach, is the primary advocate and representative for community engagement, public service, and academic outreach programs across the university. UVA’s work in these areas takes place in Charlottesville, across the Commonwealth, the nation and the globe. Community Engagement includes a robust curricular program grounded in community partnerships and a commitment to the education of students for socially responsible, engaged citizenship. Public Service takes place in a variety of ways across the university from health clinics to K-12 programs to expert advice to local and state governments.

The university places a high commitment to supporting research that is clearly in the public interest, especially to public well-being across the Commonwealth of Virginia. And we support outreach programs that bring the academic resources of the university to the public. In his role as Vice Provost, Nelson serves as the chief advisor to the executive vice president and provost on all academic matters relating to community engagement and public service and he oversees numerous related academic units at the University including the Weldon Cooper Center for Public Service, the Virginia Humanities, the Center for Liberal Arts, and the Virginia College Advising Corps. The work of his office appears on two websites, Academic Outreach and Engaged UVA.

Nelson is also a Professor of Architectural History and a specialist in the built environments of the early modern Atlantic world, with published work on the American South, the Caribbean, and West Africa. His current research engages the spaces of enslavement in West Africa and in the Americas, where he is working to document and interpret the buildings and landscapes that shaped the trans-Atlantic slave trade. He has a second collaborative project working to understand the University of Virginia as a landscape of slavery. Nelson is an accomplished scholar, with two book-length monographs published by UNC and Yale University Presses, three edited collections of essays, two terms as senior co-editor of Buildings and Landscapes--the leading English language venue for scholarship on vernacular architecture--and numerous articles. His books and articles have been awarded the 2017 Abbott Lowell Cummings Prize, the 2017 John Brickerhoff Jackson Prize, the 2016 Allen G. Noble Prize, the 2016 Best Essay Prize (SESAH), the 2015 Bishir Prize, and the 2010 Outstanding Book of the Year (SESAH), among others. His current work to document and preserve spaces of enslavement in Africa has led to his work in partnership with Sites of Conscience at the House of the Slaves in Senegal. He is also coeditor of a forthcoming volume on the spaces of slavery at Thomas Jefferson's Academical Village and has been a vocal supporter of the initiative to erect a monument to the University’s enslaved populations; for a brief public speech on this subject see this video. He is also a celebrated teacher, having won a university-wide teaching award in 2007 and serving as the 2008 UVA nominee for a state-wide Outstanding Faculty Award. He is currently the president of his professional organization, the Vernacular Architecture Forum.