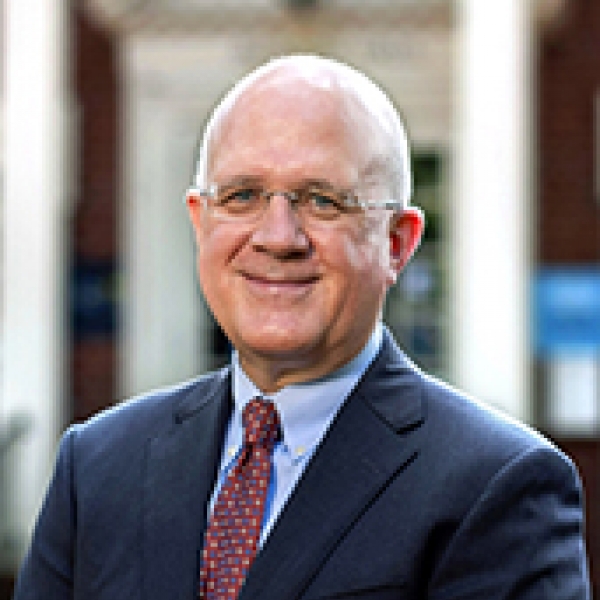 Stephen Farmer returned to the University on January 1, 2021, as its first Vice Provost for Enrollment.  In this role, Farmer will develop and implement enrollment management and student support strategies.
Expand Full Bio +

Stephen Farmer returned to the University on January 1, 2021, as its first Vice Provost for Enrollment.  In this role, Farmer will develop and implement enrollment management and student support strategies. With other leaders and staff members in the offices of Student Financial Services, Undergraduate Admission, and the University Registrar, he will provide an enhanced and cohesive enrollment experience for students throughout all phases of the student lifecycle.

Farmer previously served as Vice Provost for Enrollment and Undergraduate Admissions at the University of North Carolina at Chapel Hill.  During his tenure, UNC established new records for the academic excellence and the socioeconomic, geographic, and racial and ethnic diversity of its entering undergraduate classes, as well as record numbers of first-year applications for fourteen consecutive years.

In addition to helping UNC raise private funds to sustain the Carolina Covenant, which offers low-income students the opportunity to graduate free of debt, Farmer developed and launched the Blue Sky Scholars Program for middle-income students.  He also founded two nationally recognized programs to foster opportunity and success for low-income students. The Carolina Student Transfer Excellence Program, or C-STEP, helps students from fourteen community colleges transfer successfully to Carolina and graduate on time. The Carolina College Advising Corps places recent Carolina graduates as full-time college advisers in 79 public high schools statewide, with the aim of students completing their admissions and financial-aid applications and enrolling in colleges that will serve them well.

In recognition of his leadership and service, Farmer was awarded the C. Knox Massey Distinguished Service Award, which recognizes UNC employees for unusual, meritorious or superior contributions, and the Distinguished Service Medal of the UNC General Alumni Association.  He was also inducted into the Order of the Golden Fleece, the oldest and highest honorary society at UNC.