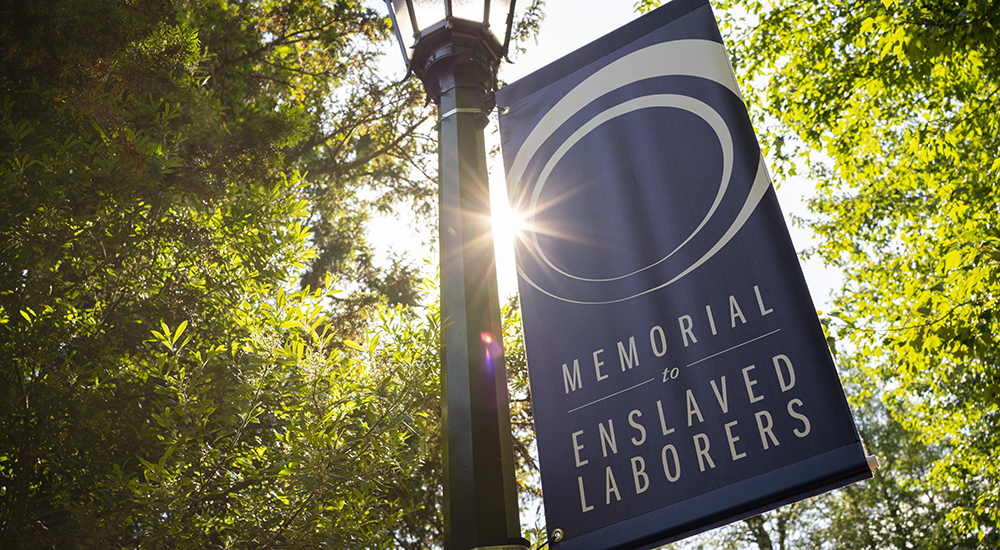 Teaching Race at UVA is designed to help a cohort of faculty from across UVA incorporate the local history of race into their teaching. This place-based seminar is intended to support faculty from any discipline and any experience level—those who have been teaching and researching about race for many years but would like to learn more about local history, and those who would like to incorporate content about race into their teaching and research and would benefit from support to do so. It will be offered again in June, 2021.

The seminar provides UVA faculty with an in-depth understanding of the history of race at UVA, in Charlottesville, and in Virginia—in the context of the United States more broadly. Sessions cover early colonial Virginia, the founding of UVA, the history of enslaved laborers here and regionally, Emancipation, Reconstruction and Jim Crow, the Civil Rights movement, and struggles for justice and equity by African Americans at UVA and in Charlottesville. We connect historical events and struggles with contemporary concerns such as health, educational, and economic disparities, as well as white supremacist discourse and actions and present efforts toward justice and equity. The format includes a combination of site visits, presentations by subject matter experts, and discussions with colleagues.

The Teaching Race at UVA Faculty Development Seminar is modeled after the Transforming Community Project Faculty Pedagogy Seminar at Emory University, which was offered during the summers of 2007-2009. The Transforming Community Project at Emory University was a multiyear initiative to increase communication about race and the local history of race at Emory and in Atlanta. As a place-based initiative, the Transforming Community Project was inspired by city-based projects such as Richmond’s Hope in the Cities, the Tulsa Race Riot Commission, the Greensboro Truth and Reconciliation Commission, the Wilmington Race Riot Commission, and the Southern Truth and Reconciliation Commission (STAR) based in Atlanta, which were modeled, in turn, after South African's Truth and Reconciliation Commission. Faculty, staff, students, and alumni participated in community-driven conversations and mini-grants were awarded for speakers, creative works, and spin-off events. The project stemmed from a series of incidents on campus in 2003 and 2004 involving both faculty and students that brought to light issues of race and racism at Emory.

As part of the Transforming Community Project, Founder and Director Professor Leslie Harris received a grant from the Ford Foundation to fund intensive, experiential summer faculty development seminars to support faculty from across the University in their teaching and research about race. Dr. Jennie Knight, now UVA Associate Vice Provost for Faculty Development, participated in the summer of 2008, when she was a faculty member in the School of Theology at Emory. She then went on to serve on the University-wide Steering Committee for the Transforming Community Project. When Knight joined UVA in June, 2017, she hoped to create a similar initiative for faculty here. The white supremacist attacks on UVA and Charlottesville in August of 2017 made it clear that the initiative would add value and should begin as soon as possible.

With the support of Vice Provost for Faculty Affairs, Associate Vice Provost Knight reached out to faculty from across the University who have been teaching and researching about the local history of race for many years, as well as to local experts, to create and lead the content of the seminar. A faculty Steering Committee began meeting to design the program since October, 2017. In addition, Professor Leslie Harris came to UVA in December, 2017 to consult with the Steering Committee. The program will be offered multiple years.